EU Commission: taxes on food - lower VAT on vegetables for society’s health and the planet

The True Animal Protein Price Coalition (TAPP Coalition) welcomes the ‘From Fark to Fork’ Strategy, the European Green Deal proposal for food and agriculture published today, May 20th, 2020 by the EU Commission. Jeroom Remmers, TAPP Coalition director stated: “We are happy the EU Commission says EU tax systems have to ensure that food prices reflect the real costs of pollution, greenhouse gas (GHG) emissions, and deforestation. We all know the EU Commission is talking about meat. The EU responded positively to our ‘true price meat’ plan we presented in the EU parliament. The EU also asks for a ban on low meat prices”.
On the 5th of February, the TAPP Coalition, a group of farmers, doctors, youth, food companies and NGO partners presented a proposal at EU level for a ‘fair, true meat price’ that includes the price of GHG emissions and biodiversity loss (2). With a fair, true meat price beef would become the most expensive meat and chicken the least. The proposal was welcomed by many stakeholders and received global media coverage. The proposal would lead to a reduction in CO2 of 120 Mton (3 percent of all EU CO2 emissions), EU farmers being paid an additional 15 billion euro from the meat tax revenues (of 32 billion euro annually), and the VAT taxes on vegetables and fruits being reduced to make healthy, sustainable food more affordable [1].
In the Netherlands, the TAPP Coalition showed that a majority Dutch consumers (63 percent) support this true meat price proposal. On the 22nd of April the TAPP Coalition proposal for a true meat price was also supported in a government letter from Finance Minister Hoekstra to the House of Representatives. The true meat price proposal (a consumption tax) would bring in 1,7 billion euros, reduce GHG emissions by 2 Mton CO2/year, reduce health care costs by 57 million euros, and prevent 8000 new patients (3).
The Farm to Fork Strategy proposed an EU Code of Conduct for retailers and food companies to ban advertisements not in line with healthy, sustainable food choices. The Commission wrote: “advertising meat at very low prices must be avoided. We will monitor these commitments and consider legislation measures if progress is not sufficient”. Jeroom Remmers: “We hope that if the EU Code does not work to ban low meat prices, the EU Commission will introduce a directive with harmonized tariffs for meat, including meat imports, to include external costs of meat like GHG emissions and pollution”.
The Farm to Fork (F2F) Strategy announced tax incentives that could reduce consumption of food with high environmental footprints. The EU Commission wrote: “Tax incentives should also drive the transition to a sustainable food system and encourage consumers to choose sustainable and healthy diets. The Commission’s proposal on VAT rates (currently being discussed in the Council) could allow Member States to make more targeted use of rates, for instance to support organic fruit and vegetables. EU tax systems should also aim to ensure that the price of different foods reflects their real costs in terms of use of finite natural resources, pollution, GHG emissions and other environmental externalities”.
The EU F2F Strategy was presented together with the EU Biodiversity Strategy because food also has a negative impact on deforestation and biodiversity loss. Jeroom Remmers: “We are happy that the EU recognized that food has a negative impact on biodiversity and that the EU is preparing legislation for products at the EU market associated with deforestation. In this way soy or meat products could become part of a licensing or ban system. The EU also said “all trade policies have to do no harm to biodiversity””. Jeroom Remmers: “Soy and beef imports from South America have to be reconsidered if the EU is really serious about it. We know that the root cause of 30-60 percent of global biodiversity loss are meat and dairy based diets (WWF UK)”. Remmers: “We call upon EU decision makers to use Invest EU (the new natural capital and circular economy public/private blended fund) to invest at least 10 percent in business, NGO and government campaigns for healthy and sustainable food (more plant based proteins, less animal based proteins) as a showcase for the 2021 UN Food Systems Summit”. 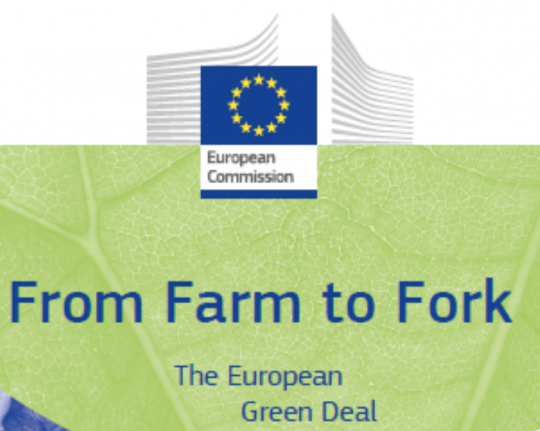