Students are asking for implementation in all universities!

A pilot study undertaken at three Dutch universities, in which vegetarian meals, fruit and vegetables became 9% cheaper, while meat received a ‘fair’, higher price, was shown to be very successful. The project, which ran between December 2021 until March 2022, was carried out at catering facilities of Wageningen University, Zuyd Hogeschool Maastricht, and TU Eindhoven.  Meat consumption fell by 20% and consumption of plant-based meals increased, with the overall consumption of fruit and vegetables being much higher.  Initiated by TAPP Coalition and with financial support of the Ministry of Agriculture, the pilot study was carried out by Greendish and Students for Tomorrow.  Students are now calling for this to be implemented on a national level.

Lieke Sauer, project leader at Greendish commented that "a few complaints about the price were received, but only at one location, and with the explanation as to why the price adjustment was done, i.e., for climate and health benefits, everyone thought it was fine". Surveys showed that satisfaction grew during the pilot study, remarkably, even though students have, on average, a lower, limited income. Policymakers who are considering a levy on meat can draw conclusions from this. Agriculture Minister Henk Staghouwer recently announced his ambitions to conduct a study on the implications of levying a tax on meat, using tax revenues to support sustainable farmer.  Caterers were also satisfied with the pilot study and are considering how they can build on this and continue to offer meat at a slightly higher price.  Femke Hermans, president of Students for Tomorrow: "We are now calling on all universities of applied sciences and universities to permanently adjust food prices: healthy and sustainable food should be cheaper and unhealthy and less sustainably produced food (like meat) should be more expensive.  The ideal situation would be a commentary on behalf of the government, promoting a fair meat price nationally, in addition to the 0% VAT on fruit and vegetables, proposed by the new Dutch government".

A fair or 'real' meat price means that all environmental costs for greenhouse gases, nitrogen, particulate matter, and biodiversity loss are internalised in the price of chicken, pork, and beef. The price of meat would mean that per 100 grams, the price asked would increase by 20 eurocents (chicken), 45 eurocents (pork) and 57 eurocents (beef). In addition to increasing the average price of meat by 40%, the pilot project also reduced the price of vegetables, fruit, and vegetarian meals by 9%, which mimics 0% VAT, as announced by the coalition agreement, as well as supported by the European Parliament. Jeroom Remmers, director of the TAPP Coalition said, "In the pilot project, the 'fair price' proposal of TAPP Coalition was assessed in practice: paying all environmental costs per kg of meat and at the same time 0% VAT on healthy, plant-based products. The test is successful! The measures are therefore replicable on a larger scale, such as national level (fiscal policies or supermarket food price reforms), rather than just at individual caterers and restaurants".

The pilot studies at each educational institution also highlighted the willingness to pay for a higher price on meat, especially when clear indication of how collected revenues may be used to make farming more sustainable, is clear. Furthermore, raising awareness of the impact of consumption of animal produce also influenced purchasing patterns.  In the last intervention (T3) compared to the baseline measurement in December 2021, the percentage change in sales of products with meat decreased by 20% from originally 47.8% of all catering products sold to 38.3% in the last intervention. This constituted a mix of asking for the 'real' price of meat, in combination with a 9% lower asking price for the vegetarian meal.  In the first test group, the share of plant-based products in the total of catering products was recorded at 2.6%, while in the most recent intervention, this share had grown to 18%.

About Greendish
Making sustainable and healthy food available to everyone everywhere. That is the mission of Greendish, a fast-growing organization with global ambitions. Greendish advises companies in putting together a future-proof menu that fits within the boundaries of one planet, is tasty and good for people, animals and the planet.  Greendish recently launched the 'Greendish 2050 Guidelines'.

About TAPP Coalition
The TAPP Coalition, is a new organisation with 60 partners, committed to paying the "real" price of food, including environmental, health and animal welfare costs, starting with meat and dairy.

About Students for Tomorrow

Studenten voor Morgen is a network of more than 35 student organisations from all over the Netherlands, which encourages students to choose a sustainable lifestyle, study and career. Morgen is committed to sustainable education, research and business operations at universities such as universities of applied sciences. 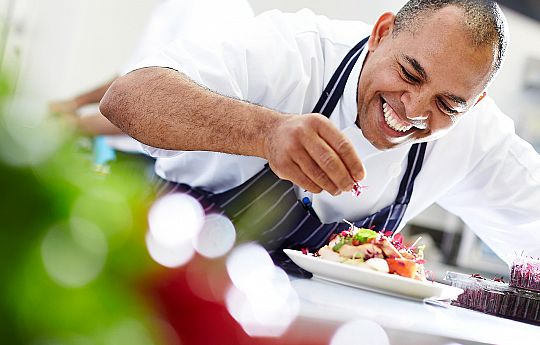