« Why the UN Biodiversity Summit should also focus on meat reduction »

From 14-29th March the UN’s Convention on Biological Diversity (CBD) Pre-COP is being held in Geneva to prepare for the CBD which will be held in China this coming September. It is expected to be of similar importance to the Paris Climate Summit in 2015. The hope is that the CBD will save biodiversity from future degradation. However, the main cause of biodiversity loss remains unaddressed, namely the growing global demand for meat and dairy.

Let’s first see the facts. New remote sensing surveys commissioned by FAO in 2020 showed that agricultural expansion is causing almost 90% of global deforestation: 52% by cropland (partly for animal feed like soy and maize) and almost 40% by livestock grazing at grasslands.  According to the same FAO report, livestock grazing is causing almost 75% of deforestation in South America, and over 40% in North- and Central America. These insights are confirmed in reports concluding animal products like meat and dairy cause 67% of global deforestation and 40% of (EU) biodiversity loss.  Duncan Williamson, lead author of a report published in 2017 by WWF UK said ‘meat-based diets cause nearly 60% of global biodiversity loss’. In addition, animal-based food emissions (meat and dairy) account for almost 60% of food related GHG emissions and 20% of all global GHG emissions, much more than the 14,5% contribution of livestock, FAO published in 2015 ( https://www.nature.com/articles/s43016-021-00358-x). Climate change in itself is causing biodiversity loss too, including the loss species who cannot adapt to warmer climates. The production of meat increased four-fold since the mid-1960s. By 2050, global meat consumption is projected to double again. It is obvious this will make biodiversity goals and the Paris Climate Agreement impossible. High-income countries and China should reduce their meat consumption to levels in harmony with dietary guidelines and planetary boundaries. A tax would be the best way to do so. According to the Dutch institute PBL policies to reduce meat consumption by 50% in high income countries (low-meat diets) would cut the cost of climate policies in half.

The CBD negotiations in Geneva deal with a new post-2020 Global Biodiversity Framework (GBF), which envisions a set of milestones and goals to be met by 2030, in line with the overall CBD vision for 2050 of “living in harmony with nature”. At large, the framework aims at protecting a larger surface of the Earth and the Oceans. The proposed text, which is being further debated and discussed in Geneva, is expected to be adopted in Kunming, China later this year. Draft Target 18 for instance, aims at redirecting, repurposing, or eliminating practices and/or subsidies that prove harmful for biodiversity and seeks to ensure that incentives, including public and private economic and regulatory incentives, are either positive or neutral for biodiversity. It is important that this draft target will be improved, by including targets for reduction of meat consumption. In draft Target 16 there is a reference to the current over-consumption of animal produce, as the target sets out “to reduce by at least half the waste and, where relevant the overconsumption, of food and other materials.” We hope that the negotiations will also include (fiscal) policies to reduce meat and dairy consumption and many countries will lead by example.

(The "link" cannot be replaced in the WeChat Official Account due to the strict word limits,  the content was removed accordingly)
https://www.bilibili.com/read/cv15896667 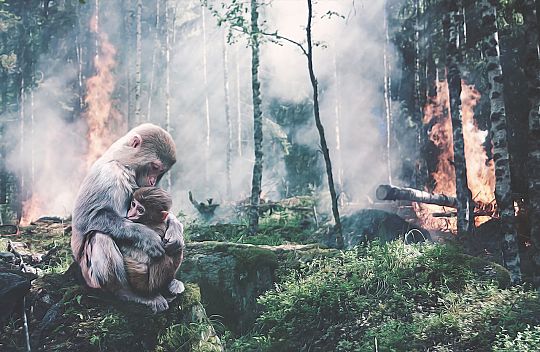 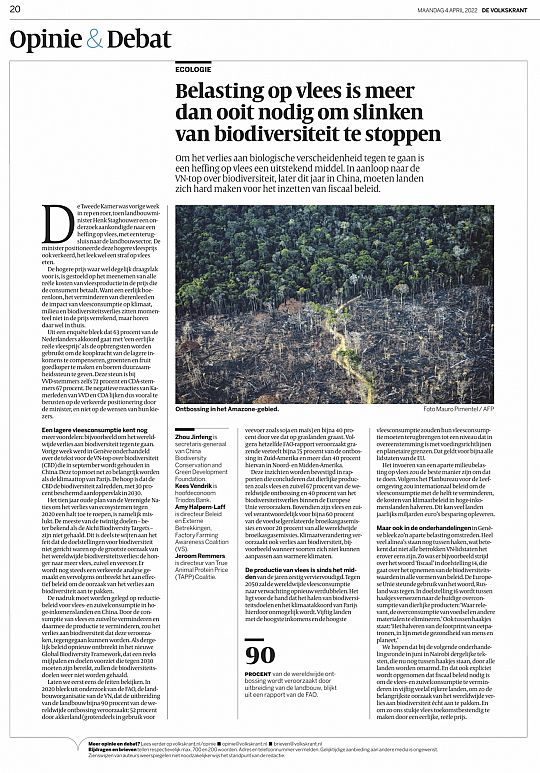