Abdulla Shahid, the Egyptian president of the COP27 General Assembly, asked in countries to reduce meat consumption and shifting towards sustainable diets in order to save the climate and reduce biodiversity loss. This was also reflected in the guiding questions for a Ministerial High Level Roundtable on food security, last Monday. African countries, including Egypt, have some of the lowest levels of per capita meat consumption and set an example for the world that a low meat diet, in line with the science based targets for the Planetary Health Diet (of maximum 300 gram meat per week per capita) is possible.

His call to reduce meat consumption reflects the most recent third IPCC report (AR6III) published April 2022, promoted plant-based diets and GHG taxes on foods as crucial tools in achieving the objectives of the Paris Climate Agreement. The report states with high confidence that balanced diets featuring plant-based and sustainably produced animal-sourced food “present major opportunities for adaptation and mitigation while generating significant co-benefits in terms of human health” (p 153). Moreover, the authors who worked on the report state that taxing GHG emitting foods, such as meat and dairy, would be ‘low in cost, feasible, environmentally effective and have great ‘’transformational potential’’ (pp 157).

According to a new scientific report meat and dairy companies are on track to be the world’s biggest contributors to climate change, outpacing the fossil fuel industry.

By 2050, dietary changes could free up several million square kilometres of land and reduce global CO2 emissions by up to eight billion tonnes per year, relative to business as usual, the scientists estimate. As per the report, diets high in plant protein and low in meat and dairy are associated with lower GHG emissions. Both the environmental and health benefits of adapting a more plant-centric diet are promoted in the report. Under policy options, taxing food with high GHG emissions is also proposed, with the authors launching several beneficial outcomes through implementing such a taxation measure.  The expected outcome of such a tax would have spill over effects for other policy objectives, enabling other food policy objectives to be met. This includes a reduction of food waste, shorter, more sustainable supply chains, the boosting of local economies, but to name a few.

TAPP Coalition is asking UN Member States and food/retail companies to sign a Climate Agreement on Food and Farming to reduce GHG-emissions from food systems at least 30% by 2030. Over 20 organisations supported this call to action, representing over 2000 companies and 100 international ngo’s.

TAPP Coalition is also calling on governments in high meat consuming countries to consider how they could implement a consumer tax on meat, incorporating all the costs of production into the selling price. Last year over 5000 companies and NGO’s from 100 countries asked 50 Presidents of high meat consuming countries to start taxing meat and dairy. The current price of meat does not include the environmental, social, and health costs that it poses to our society. A key solution in reducing our carbon footprint is reducing our consumption of meat produce, and when we do consume it, we must ensure that we are paying the ‘true’ price. Meat tax or CO2 eq taxes on food can be used to reduce taxes and prices of vegetables, fruits and plant based meat/dairy and paying farmers subsidies to reduce GHG emissions. In this way, food products will not be more expensive overall. In addition, governments can compensate low income groups if food prices would increase, like they compensate consumers now for very high energy prices.

According to a new scientific report meat and dairy companies are on track to be the world’s biggest contributors to climate change, outpacing the fossil fuel industry.

Globally meat and dairy cause 57 percent of the carbon footprint from diets, in high income countries like the EU this is 80 percent.

UN Secretary-General Antonio Guterres, declared: "Recent reports have found that food systems are contributing to one-third of greenhouse gas emissions, up to 80 percent of biodiversity loss, and use up to 70 percent of fresh water. We are on a highway to climate hell with our foot on the accelerator.” In addition, Several countries have implemented new laws to disincentivize meat consumption or production. New Zealand is the first country that will charge livestock farmers for emitting greenhouse gas and reward them for planting trees. The Netherlands have committed to reducing livestock numbers by 30 percent and planning to tax meat and compensate income loss. A large majority of the EU Parliament voted to amend the EU Green Deal for Food, empowering member states to eliminate the VAT tax on fruits and vegetables while charging the highest VAT tax rate for meat and other food products with negative impacts on climate or health. A next step is that countries, retail companies and food companies commit to policies reducing greenhouse gas emissions from food systems at least 30 percent by 2030. A few days ago, the EU Commission showed to be a climate leader in the world by presenting a new goal to reduce emissions from agriculture and other non-ETS sectors 40 percent by 2030, compared to 2005. Until now this goal was 29 percent. 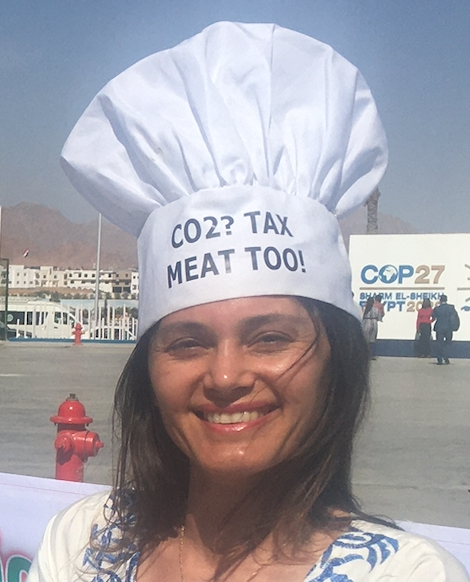 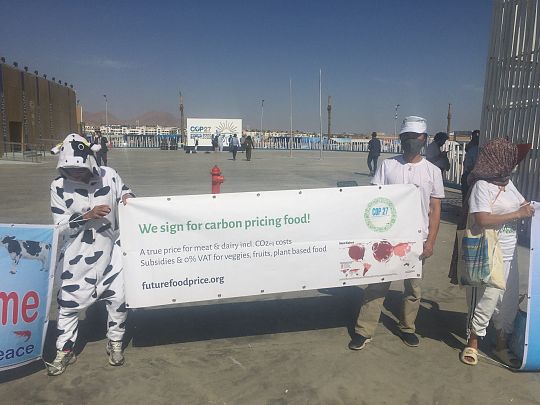 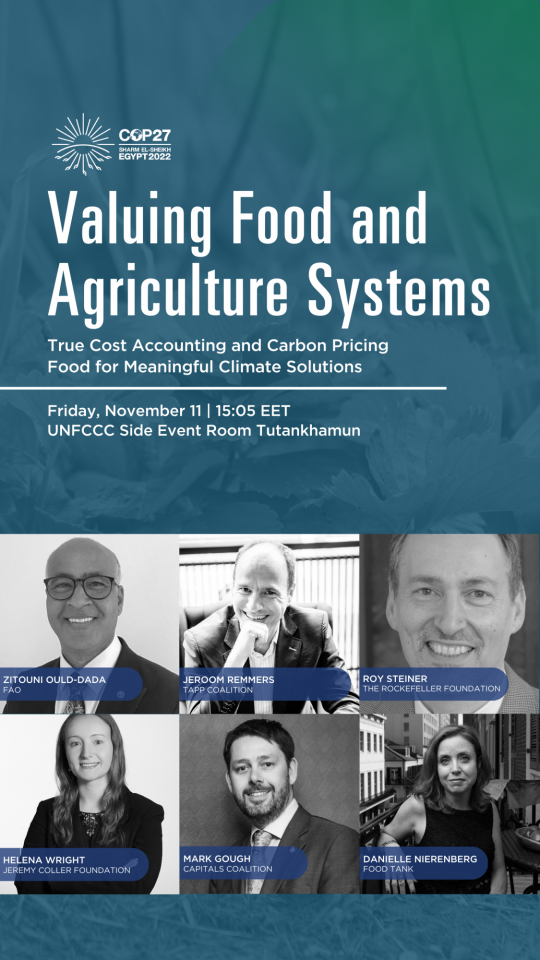